This week I had the pleasure of interviewing 22-year-old Drew Howard from Weston, Florida.

I started this Inspiring 20something section for all of my incredible readers, but I ended up getting more out of this than I had ever imagined.

Drew is perhaps one of the most driven and inspiring people I have ever come in contact with, and I am honored to have had the privilege to speak with him about his journey to fulfilling his dreams.

With a deep-rooted passion for drawing and design, Drew used his love of art and creative side to “build something from nothing.”

He was inspired to embark on this journey out of a tragedy.  Around five years ago, Drew’s older brother, Brandon K. Howard, passed away in a heartbreaking accident. 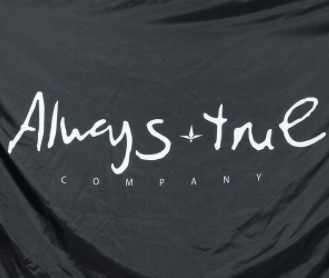 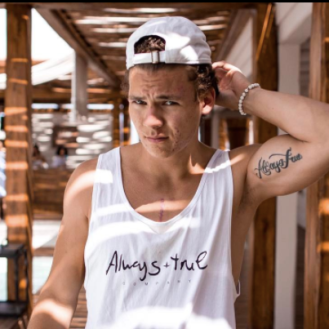 Drew’s brother was a rapper, musician, and artist who went by the stage name of Always True. He inspired others through his pursuit of his passion: telling a story through his music.

Inspired by his brother’s dreams and ambition, Drew used his stage name to create a clothing brand by the same name with the message to “always be true to who you are.”

Drew claimed it has been “extremely difficult” to follow his passion.

Every day he has to find a way to battle his self doubt by talking back to that voice in his head that tells him he can’t do it, and convincing himself he can.

I was constantly impressed with Drew’s ability to speak so openly about his struggles. It takes a special kind of strength, humility, and purity of heart to be able to do this.

He talked about something so many entrepreneurs, artists, and creative thinkers deal with every day:

The people in Drew’s life haven’t been “really, hella, super, mega encouraging” in supporting his vision.

With not many people believing in him, he has had to find the strength and motivation to believe in himself.

It’s a good lesson for all of us, to buy our own stock, even if we are the only ones doing so. 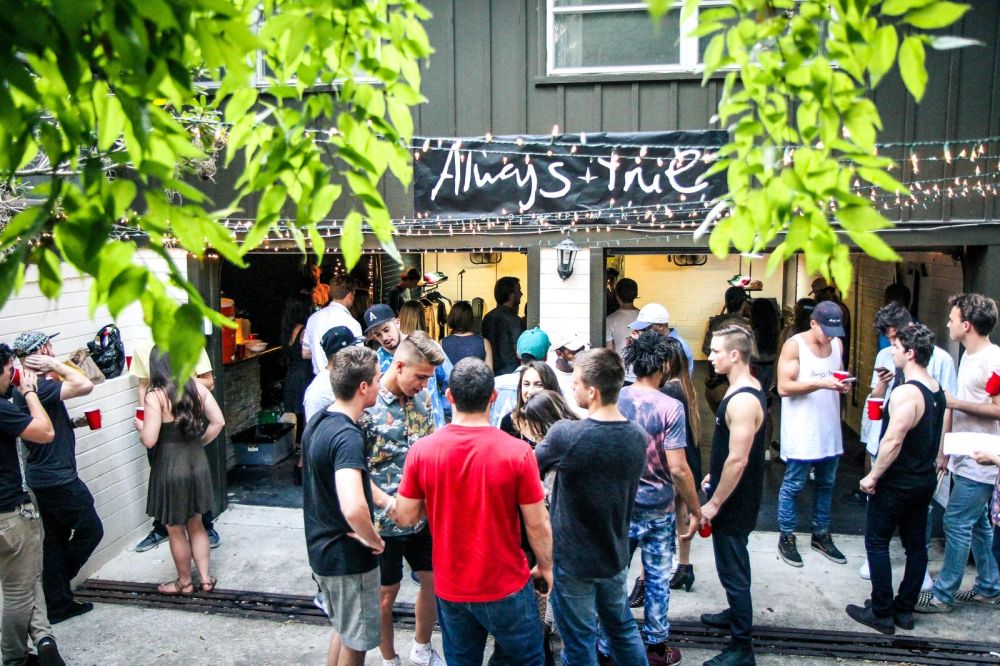 His partners, Sam (Drew’s younger brother) and Kevin (friend), have both been incredibly supportive. Everyone who works on Drew’s team, who is able to see the vision that motivates Drew every day, believes in Drew and in Always True Co. and in the ultimate goal, but he says, “not many people truly believed in my message from beginning.”

“Every person you come in contact with, you are in some way impacting that person and changing that persons life. Even if it’s smiling, or saying something small to someone, you [are impacting] someone’s life. That can in turn change their mindset for a split second, which makes them think something different, or do a different action, which can change their entire future. So it’s very important to watch how you’re impacting people because little things you do can inevitably change people. [I love the] little interactions with humans, impacting them emotionally, and having that move [through my brand even] when I’m not there.”

His favorite thing that he creates are his hoodies. He loves to make them. He also loves creating a story that resonates with people.

Drew’s passion for connecting with others has impacted my outlook on life. Since our conversation, I have found myself becoming more and more conscience of the small things I do or say to others, and the way that might impact the rest of their day, or the day of anyone who comes in contact with them. If the whole world thought like this, we would be on a planet filled with a lot less hatred, and a lot more happiness.

One thing Drew wants people to know about him is that he’s “honestly just a normal person with some doubt and with all the qualities that everyone has. [He] just decided to believe in [himself].”

Everyone, whether you are a twentysomething, fortysomething, or nintysomething, has the ability to accomplish amazing things, if we only decide to believe in ourselves.

Drew’s advice to others who want to start chasing their dreams is that they just have to start. He says he didn’t know anything about photoshop, marketing, videography, or finance. The only difference between who he was before he started his company to who is is now is that he just started.

So, what’s next for Drew and Always True?

Always True is always collaborating with new talent, like an artist called Twelve’len. They have an upcoming event, taking place July 15th at 124 SW 23rd Street in Gainesville, Florida.

They also have upcoming collaborations with Alejo Cruise. Drew said, “He’s just a kid like us and he’s chasing his passion, which is flying planes.” It’s all about “getting elevated”.

Don’t miss “Trueville” on August 27th in Gainesville, Florida at the High Dive. It’s going to be a huge event with a mix of art, music, and food. They will be collaborating with Best of Gainesville to put this event on.

There are many more exciting events in the works, but Drew says we are just going to have to wait to find those out!

Drew is determined to keep his clothing out of stores. Seems strange, right? But, like everything Drew does, the meaning behind it is beautiful. Drew’s whole purpose behind his company is to tell a story through clothing, to use his product to connect with people. If the clothing is on a shelf without a human there to explain it to people, he’s afraid the message will be watered down.

He is constantly looking for ways to connect to other human beings on a deeper level than we are used to in our day to day hustle.

Follow my blog so you don’t miss out on next week’s Inspiring 20something or any of the other goodies it has to offer!

Now get out there and be awesome!

Sending you all my love today and always, my little chickadees.